People wearing black standing in front of the hospital’s door waiting for him to get out for the funeral. They are all shocked, they all can’t believe what happened, they all can’t realize the fact that the man who drew the smile on the Egyptians’ face for more than 60 years is now gone.

“It’s the first time that Samir Ghanem does something that makes us sad,” posted Hassan ElRadad, Egyptian Actor and Amy Samir Ghanem’s Husband, a picture of ‘Abu Yafta’ on his instagram account.

On Thursday, May 20, the Egyptians received the sad news about Samir Ghanem passing away at the age of 84.

No one imagined that the man who made us all laugh would leave us that fast. His family, friends and fans had hoped for his wife, The Egyptian Actress Dalal Abdel Aziz and his safe return from Corona but they never knew that his end was approaching because of Kidney failure as ElRadad mentioned in his post on instagram. 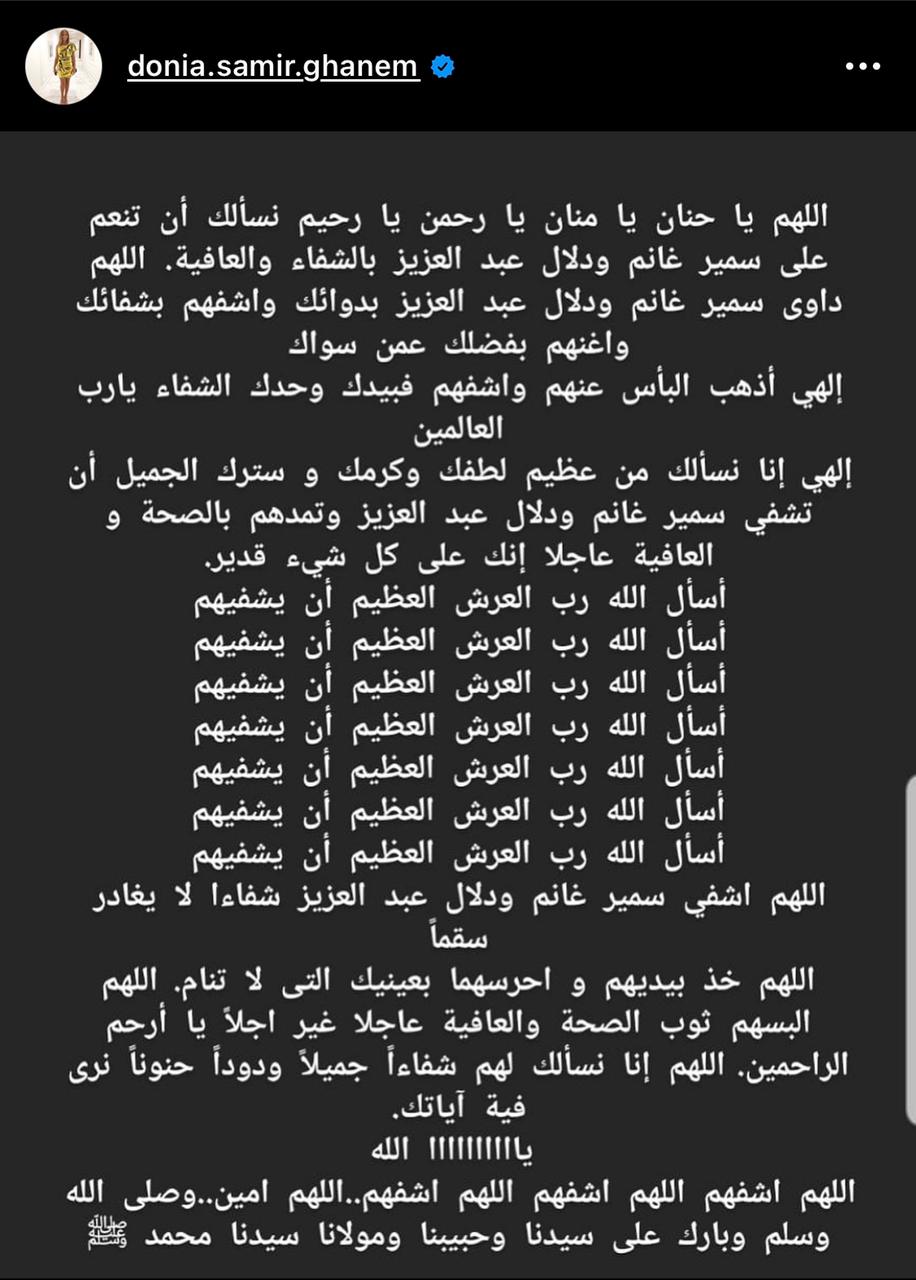 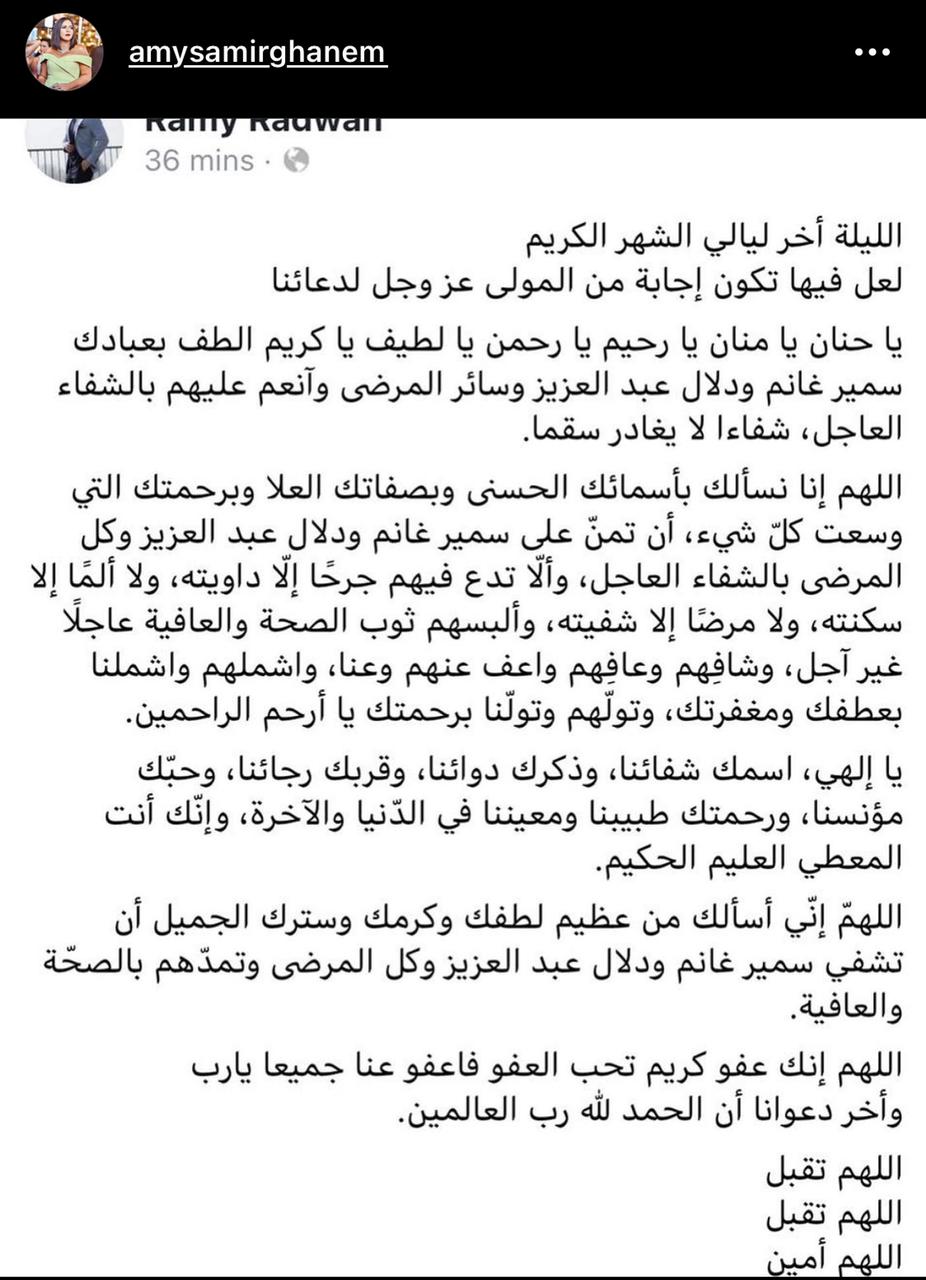 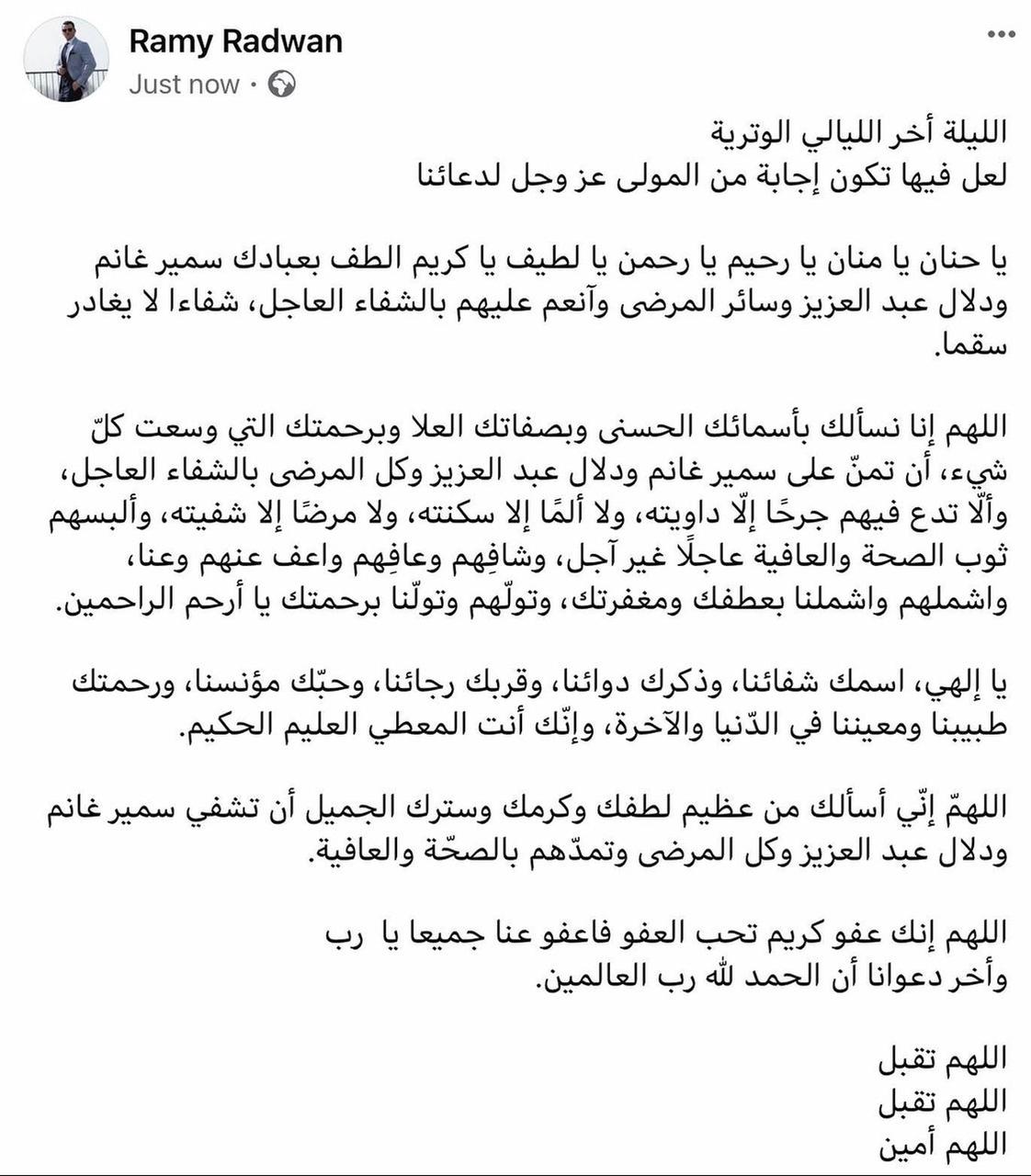 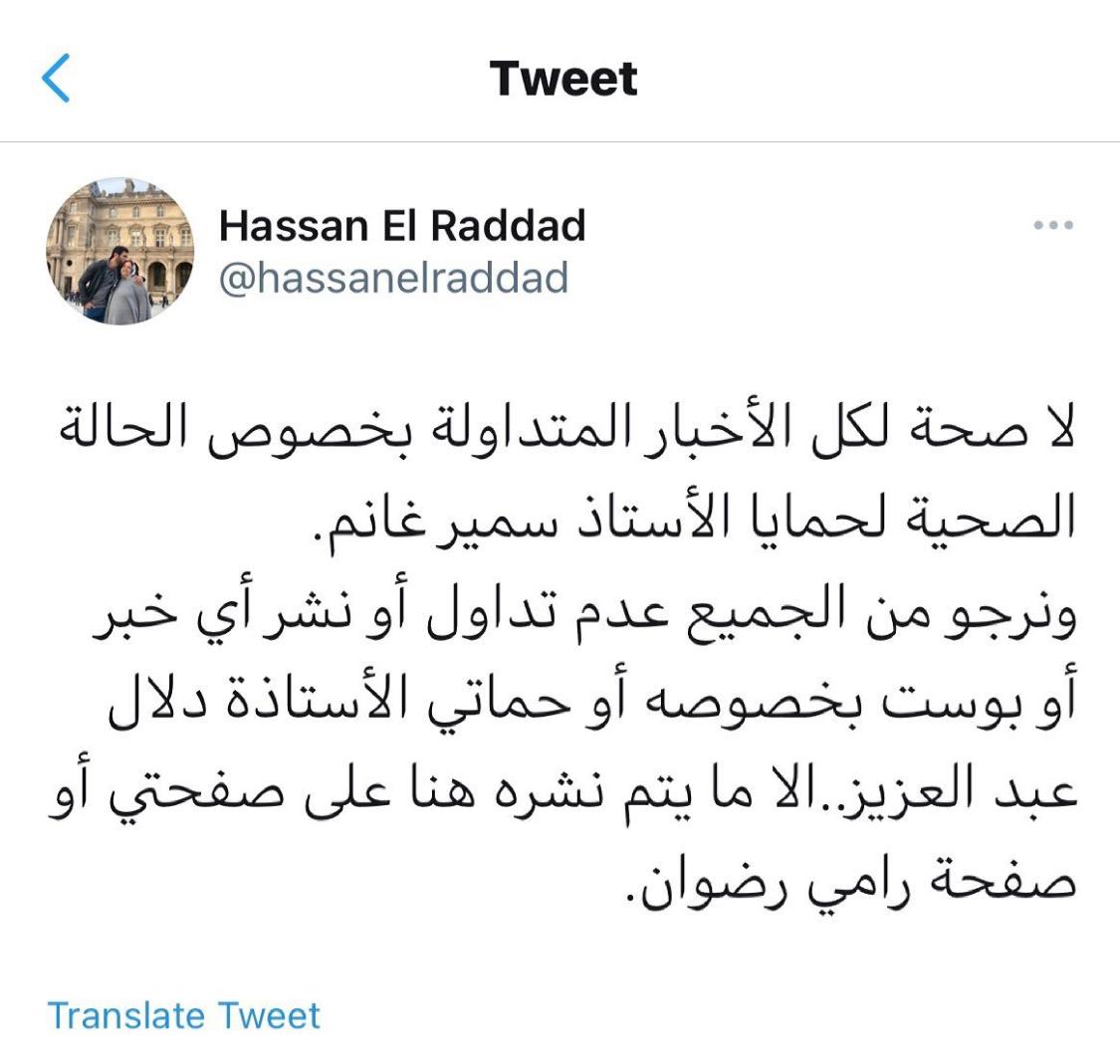 It was also very hard that his wife AbdelAziz couldn’t attend the last Good-bye for her life-time partner, mentor and support due to her critical health case as Ramy Radwan, Egyptian TV Presenter and Donia Samir Ghanem’s husband, stated in his facebook post that her Corona test became negative but her health is still not good so they couldn’t tell her about her beloved husband’s death. 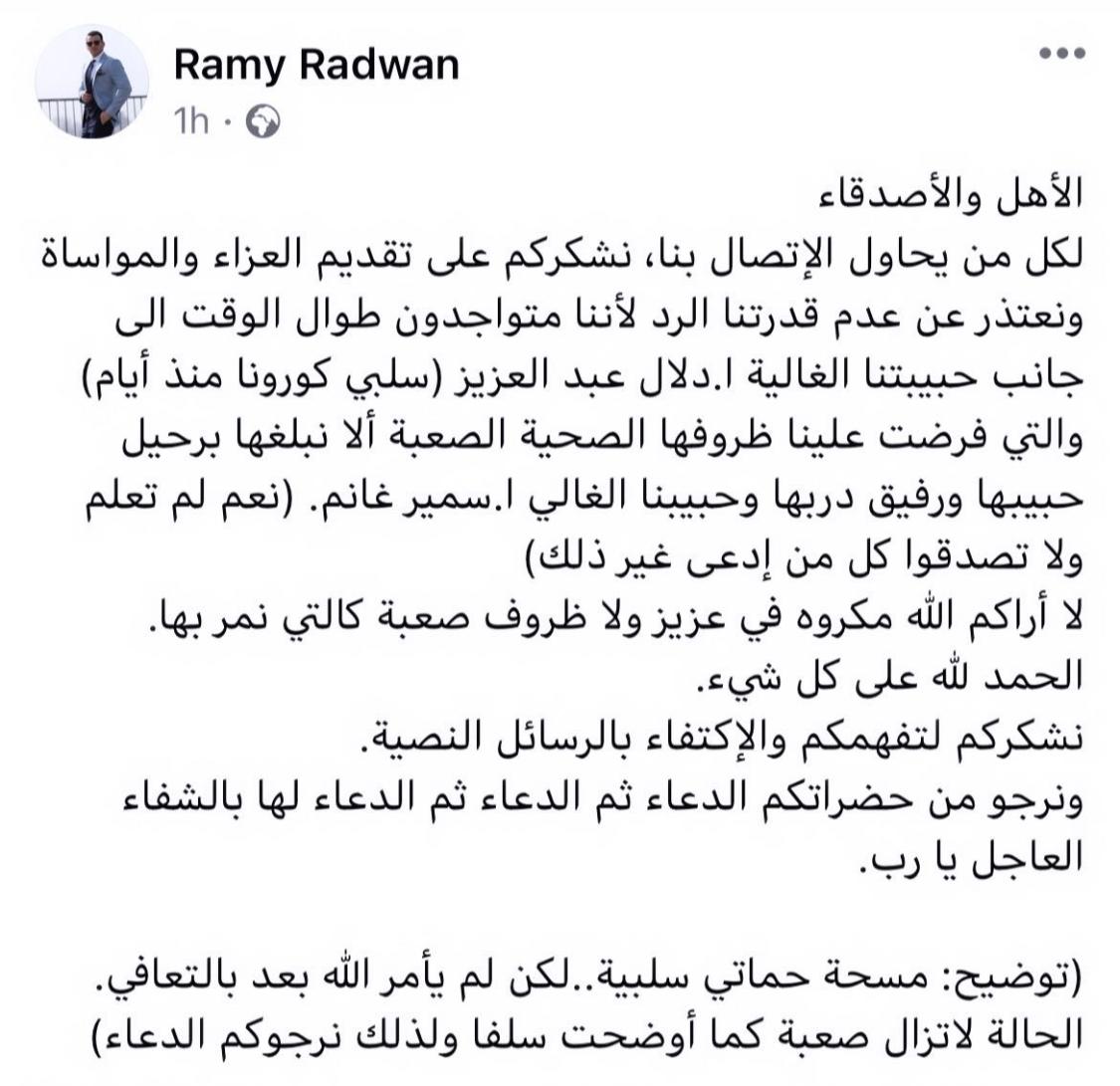 Donia and Amy, his daughters, also only appeared in the funeral with an indescribable shock for the death of their backbone and father. 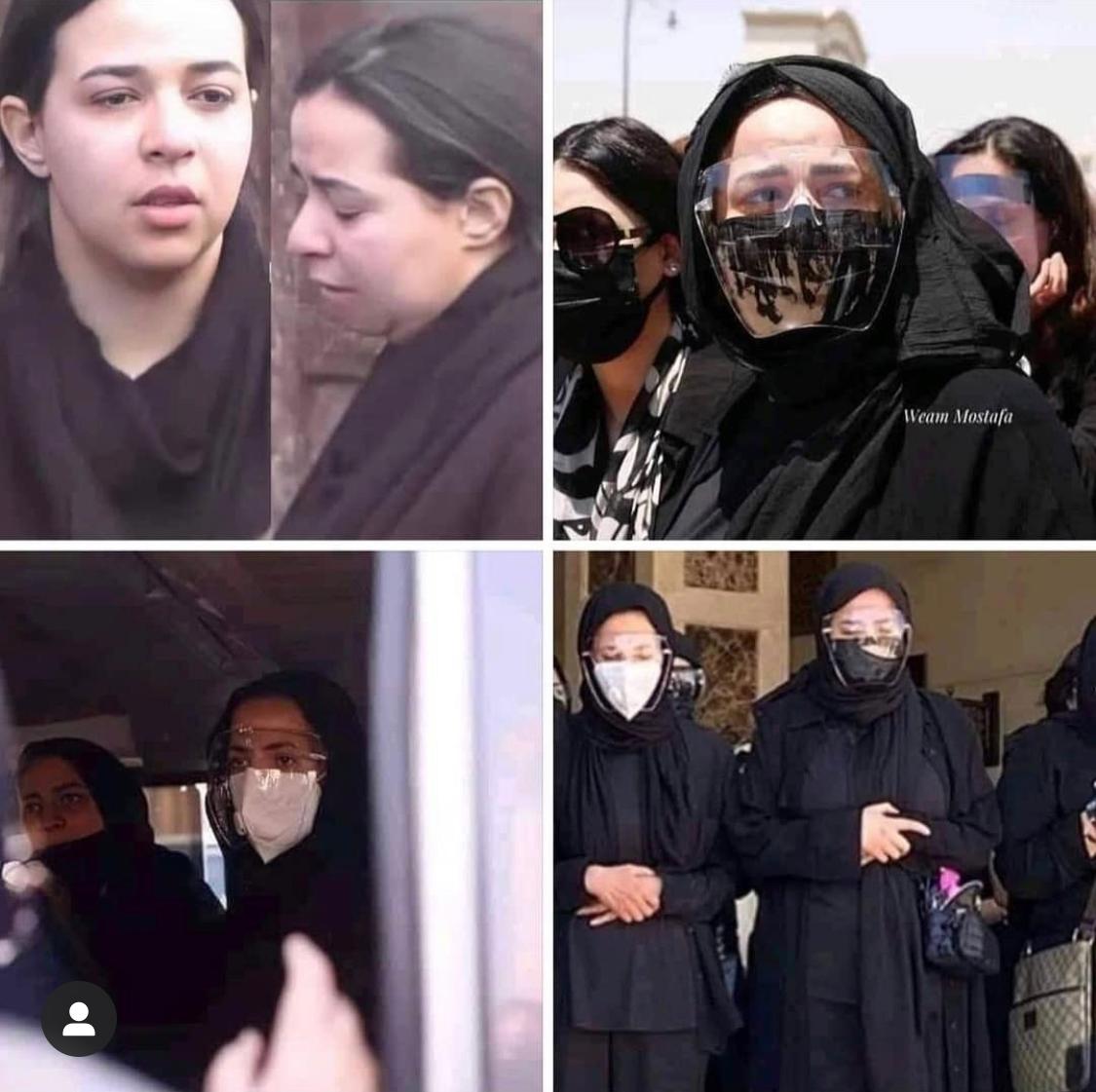 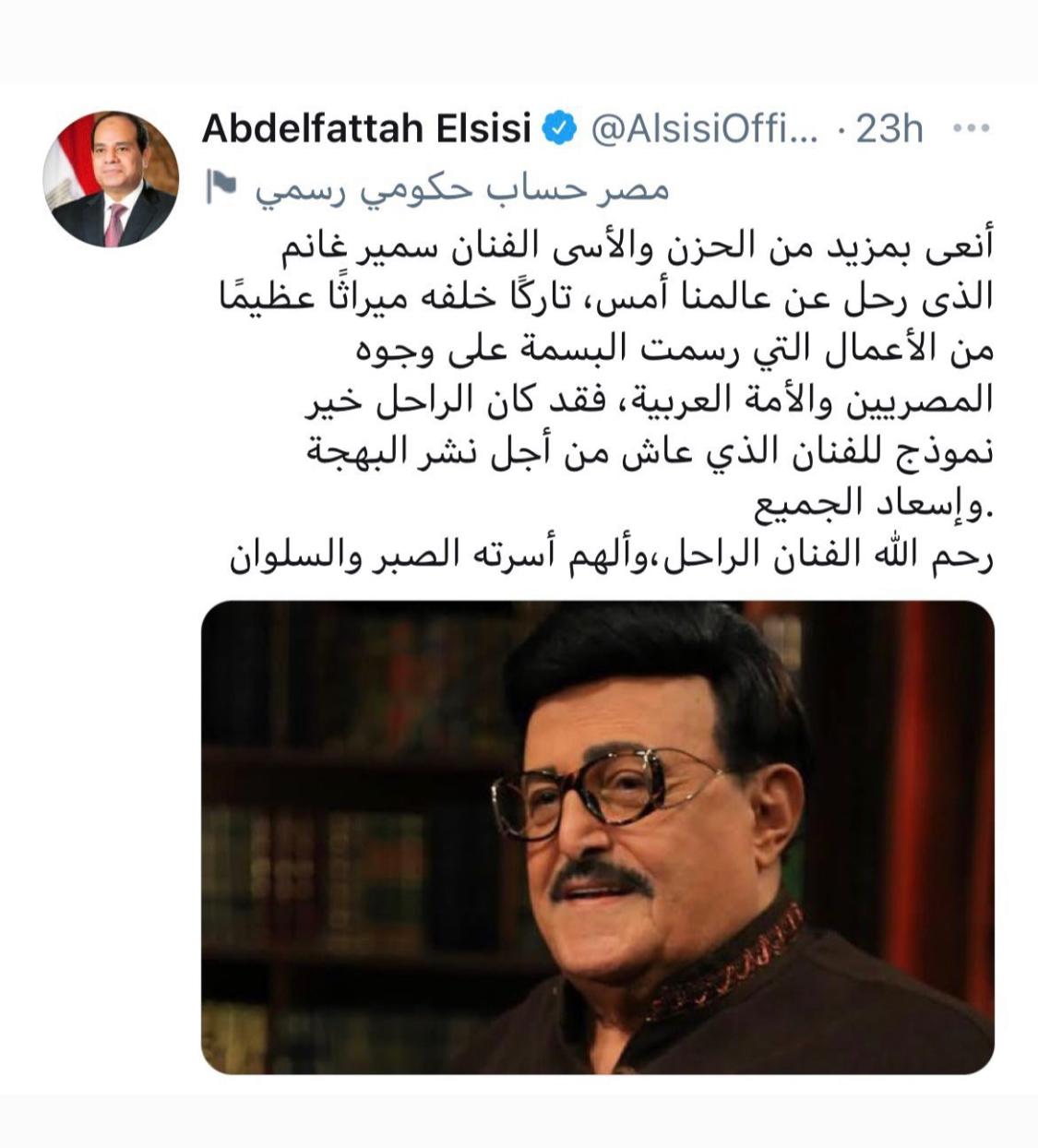 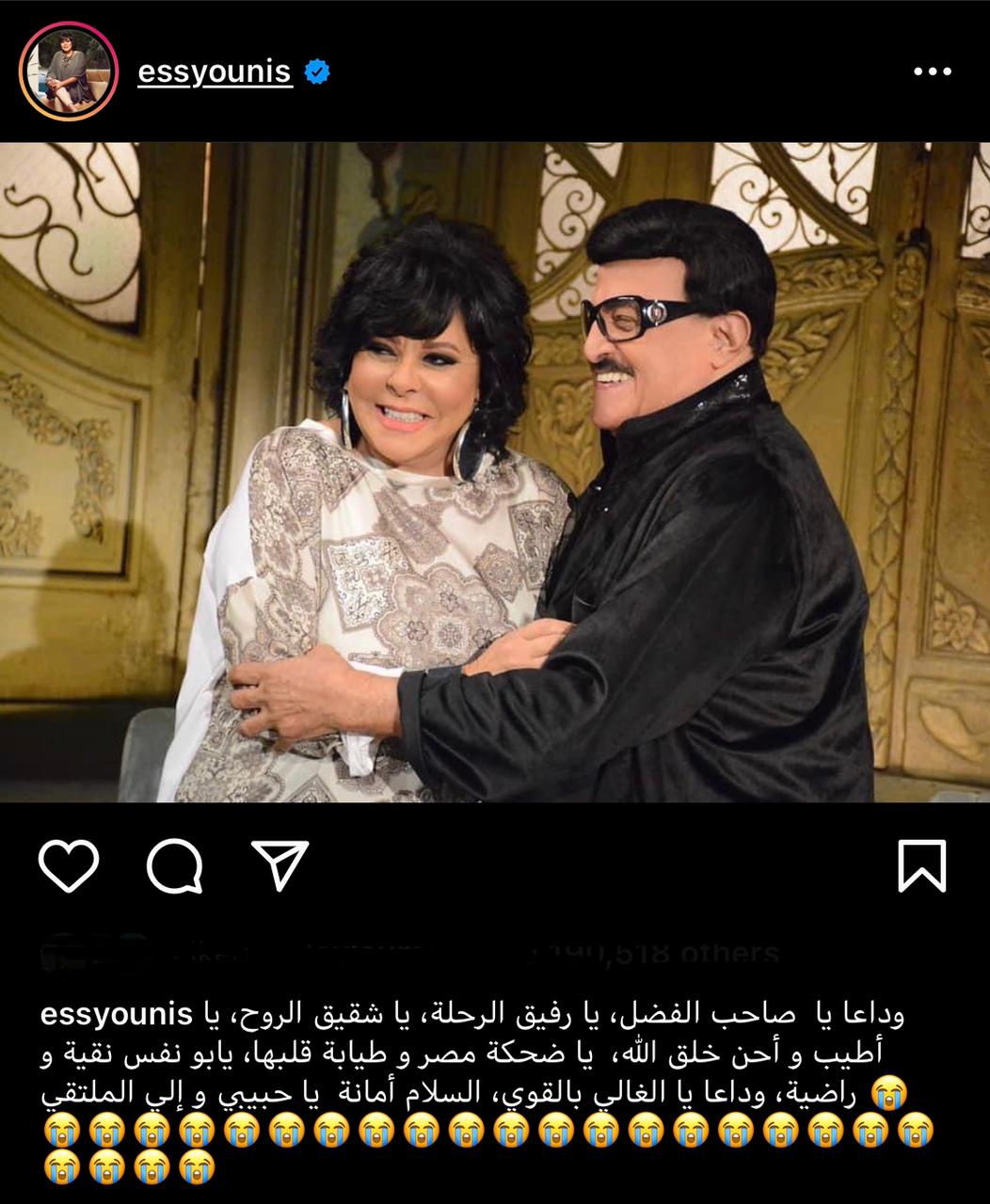 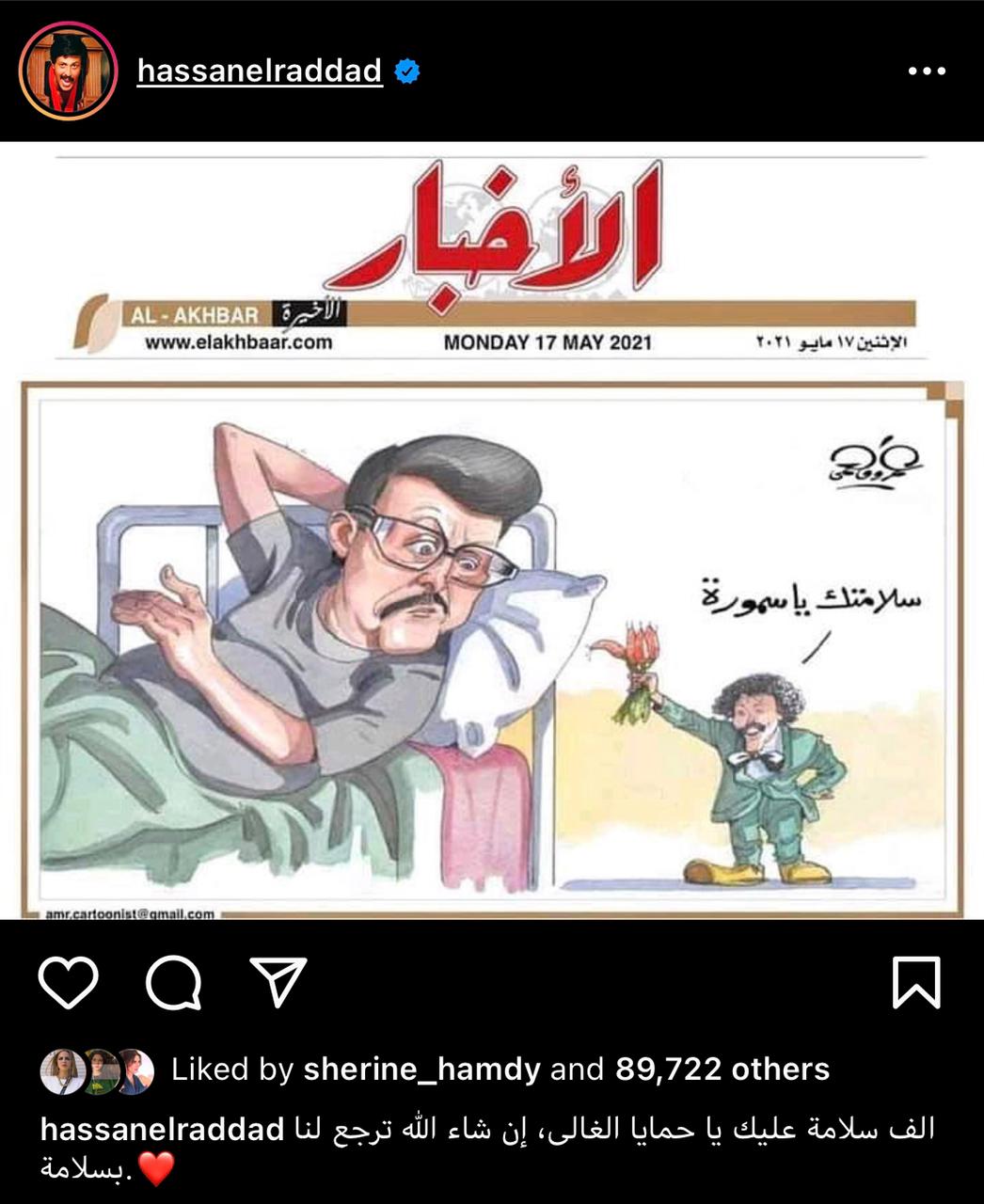 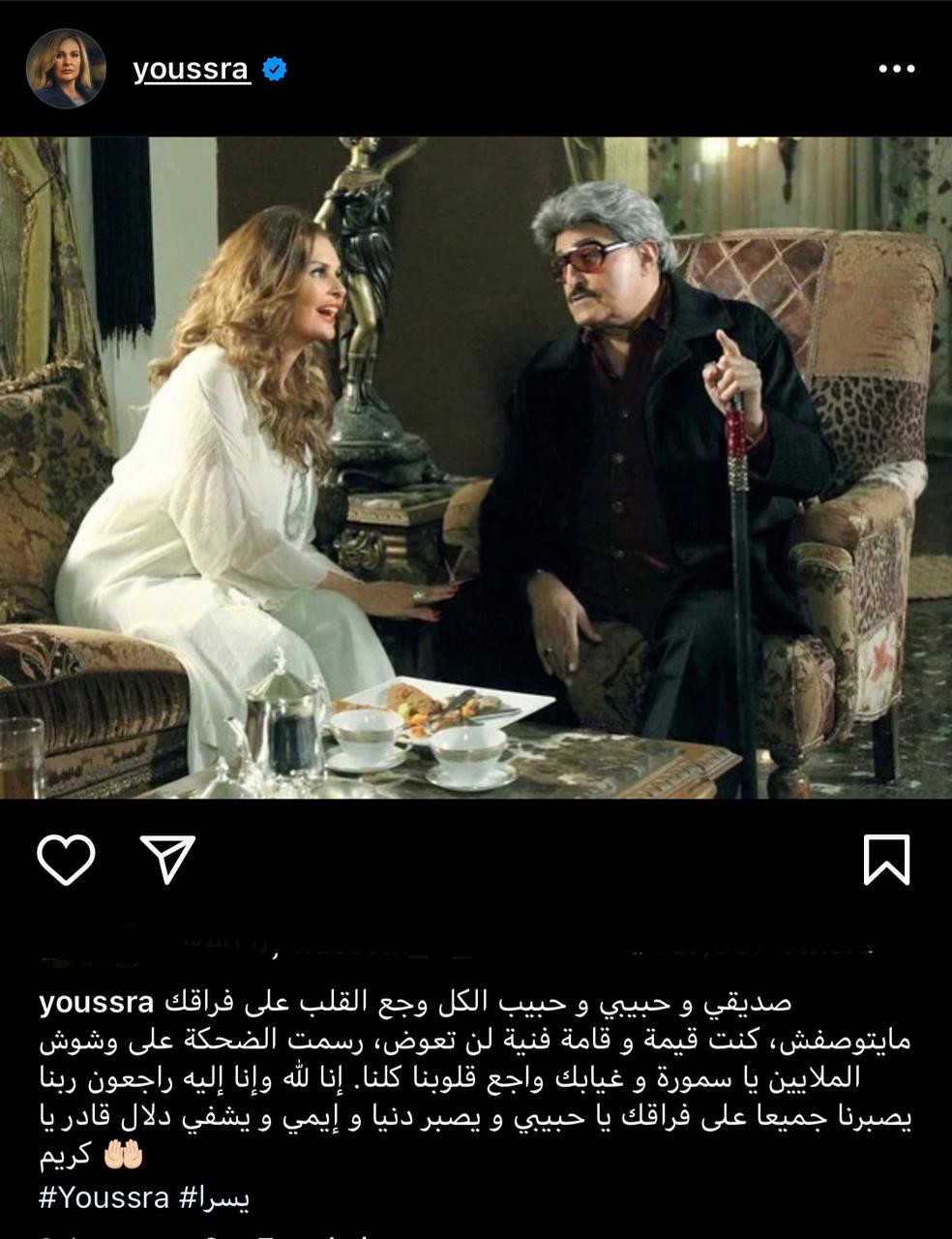 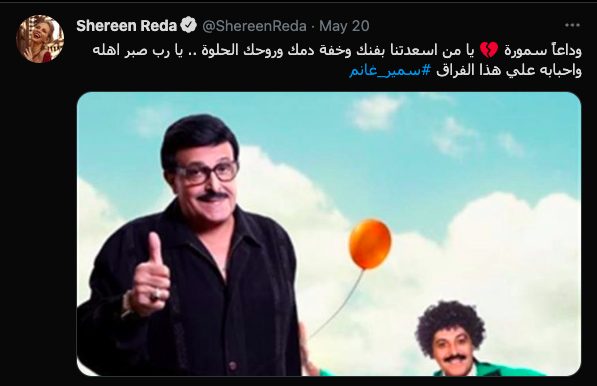 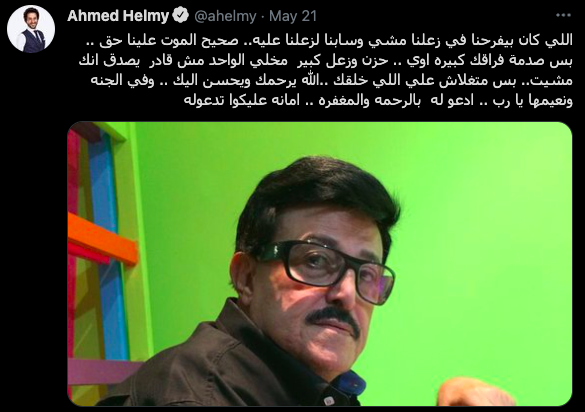 It’s hard to believe his death as his path was full of amazing work that left an unforgettable mark in the Egyptian Theatre, Cinema, TV Shows, Radio and Media.

He started his career as a member of the stand-up comedy trio Tholathy Adwaa El Masrah with George Sidhom and El Deif Ahmed.

He then created his path alone only with his efforts and was able to participate in more than 300 artistic comedy works.

Further more, Ghanem received a lot of awards during his life, one of them was the Faten Hamama Honorary and Excellence Award during the Cairo International Film Festival for his immense contribution to Egyptian cinema.

May his Angelic Soul rest in peace...